Develop a successful and enjoyable business franchise with Daily Poppins 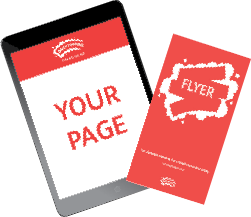 For further information or just to chat in more detail...

At Daily Poppins, we have many examples of franchisees achieving their ambitions of building successful businesses. Here are just a few. 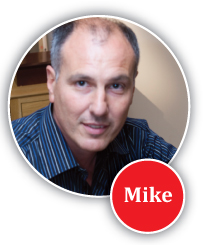 For many years Mike worked in international sales development primarily covering Italy. However Mike was interested in developing his own business. As a property developer, Mike was also looking to extend his entrepreneurial skills, look for a second income business and additionally involve his wife, Kelly who had worked in a cleaning environment for a period of time. After much research and attending franchise exhibitions Mike chose Daily Poppins. As Mike reflected on his early days ” it was excellent support, I could not have asked for more. From day one, it was clear they fully understood the business and knew the answers I needed. They were always helpful, very much confirming their supportive culture”.

Mike established his franchise two years ago in Woking and while acquiring another franchise for himself, he has guided Daily Poppins to a level where Kelly is managing the business and drawing out £3000 per month for herself. As Kelly herself readily admits “A few years back I was earning the equivalent of just over £6 an hour working as a cleaner for another company. Now not only do we own our own company thanks to the financial advice given to us by Daily Poppins but I am also earning almost four times my previous wage which is fantastic”

As Mike now continues to develop his property and other business interests, he is delighted that with little effort, he has created a profitable and stable business for his wife to benefit. 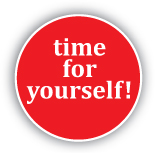 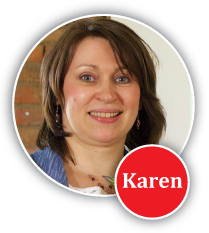 Since a young age Karen always wanted to go it alone “I left school in 1985 and was always keen to have my own business however I knew I was too young and so joined Axa insurance as an office junior. It was good experience for me as I stayed there for 11 years working my way up to be a team leader. I kept challenging myself and completed the Chartered Insurance Institute exams. But I knew I would not be in the business all my days. Eventually in 1996 I left as I was expecting my first child. Bored n the house I took a part time job in a call centre for a few months then I returned to full time employment as a mortgage consultant for four years in 1997.

An opportunity arose in 2001 with a friend to commence a joint venture so we established a city centre mortgage shop which was great however like many partnerships we did not quite agree on a number of areas and five years later we decided to end the venture.”

Karen was not in any put off the idea of self employment and indeed was keen to return one day “I then worked as a mortgage consultant for three years and unfortunately then had a further three years unable to work due to illness however early last year the opportunity arose which I had been waiting for. Daily Poppins Dundee which had been set up as a pilot operation was for sale. Although there was seven other parties interested in buying it, the franchisor favoured me and I started with a turnover of £7000 per month. Some eighteen months later I am turning over £18000 per month with an aim to take that up to £25000 per month by the financial year end. We are doing so well, my partner Noel has now left his job and joined me to develop a multi territory business. While it is challenging again running my own business, it gives you a wonderful feeling”. 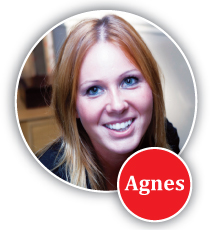 Eight years ago, Agnes was wondering what her next step would be. After her graduation in Fine Arts from a Polish university, she had ran a commercial cleaning company around Crawley for a few years. And while Agnes admittedly found it financially rewarding, it was also very high risk. “In commercial cleaning, you tend to have a few large clients whom you tend to rely upon and partner. This works well when everything is fine however as soon as one client has difficulties in paying or another provider wins the replacement tender, it becomes extremely challenging to continue paying your staff. I reached a point where enough was enough. I was looking for a business which I could manage from home. I was expecting my first child and really wanted a level of flexibility in my everyday work. Daily Poppins provided me with exactly what I was looking to do. I was comfortable managing people so this allowed me to manage cleaners while at the same time not be tied down into fixed daily routines. I now do whatever I want during the day, no nine to five office working.”

In contrast to her previous experience, Agnes has found Daily Poppins to be very low risk “All clients are small therefore if you lose one for any particular reason, it really does not make that much difference to your business. Also, I found domestic clients to be far more pleasant than business.”

She has also seen the internet help her growth “Without doubt, the internet has helped us. With our national google campaigns, we have seen more and more people booking online and becoming more aware of Daily Poppins”

Despite having another child three years after her first, Agnes has continued to develop her business and now she currently has six cars with a turnover exceeding £400,000 per year “I am now making more profit with less staff than I needed in commercial cleaning and I can only see my business getting bigger and bigger.”